June 09, 2019
1977, Silver jubilee of Queen Elizabeth II of the United Kingdom is celebrated with a fireworks display.

The current Queen of the United Kingdom, Queen Elizabeth II, was born 21st April, 1926 and is currently 93 years of age.  Her reign began following the death of her father, King George VI, on 6th February, 1952. 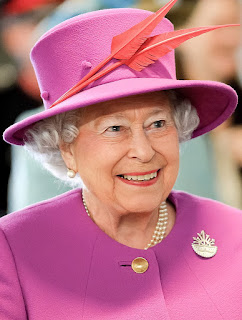 Challenge
One of my favourite things to do whilst in infant and junior school was to write about the firework display that my parents would - without fail - take my brother and I to each year.

Use your mind's eye to imagine the sheer grandeur of the display that would have been put on to celebrate the Queen's silver jubilee.  Describe the scene with all the pomp and circumstance that you can muster, and then add some more because it probably wasn't enough.