Reading this I can't help but picture the devastation that this must have caused not only to the families of those that died but also to the wildlife and natural beauty of Iceland. 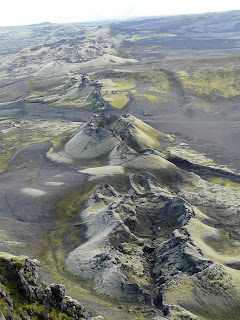 Think of this as a writing prompt.  Using the descriptive power of words to portray what you envision the aftermath would have looked like following the eruption or the emotions of those that witnessed it as it was happening.  Think of the scars that would have covered the landscape and the ash cloud that would have undoubtedly paled or even blocked out the light of the Sun.