Charles Goodyear was an American chemist who developed rubber.  His first patent was received in 1837 and he later went on to receive further patents relating to rubber including the patent for vulcanised rubber in 1844.

The Goodyear Tire & Rubber Company was founded in and named after Charles Goodyear by Frank Seiberling. 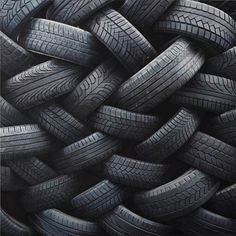 Challenge
Fitting in with the Word of the Day challenge, define rubber.