Auschwitz was a complex of 40  plus concentration and examination camps built in occupied Poland by Nazi Germany during World War II where the first gassing of prisoners took place in 1941. 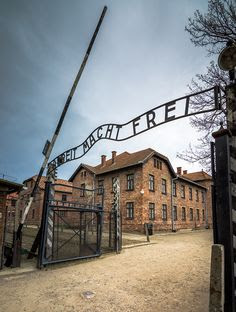 Today, Auschwitz remains as a memorial to all those that lost their lives through the unjust persecution of the Nazi regime.  There are tours available which have always interested me but I don't think I would be able to handle the harrowing stories that I'm sure would be told as part of it.

You can find out more about these tours here: http://www.auschwitz.org