The story of Annelies Marie Frank and her family is one of tragic Nazi persecution during the Holocaust of World War II.  The publication of Anne's diary in 1947 led to her story becoming one of the most famous stories of the period with her memory living on through her writings. 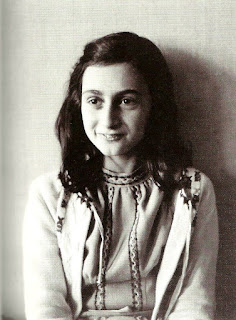 Anne and her family were eventually arrested in 1944 and she later died at the age of 15 in 1945 at a concentration camp.  Otto Frank - Anne's father - was the only survivor from the Frank family and it is because of his actions that Anne's story lives on.

Reading the story of the Frank family has brought a tear to my eye and left heavy weight on my heart.  As a writer I think this is what we all aspire to, the circumstances of Anne's story is unthinkable, but to think that a young girl at the age of 15 kept a diary that has lived on in history should give hope to every writer in knowing that it is possible.